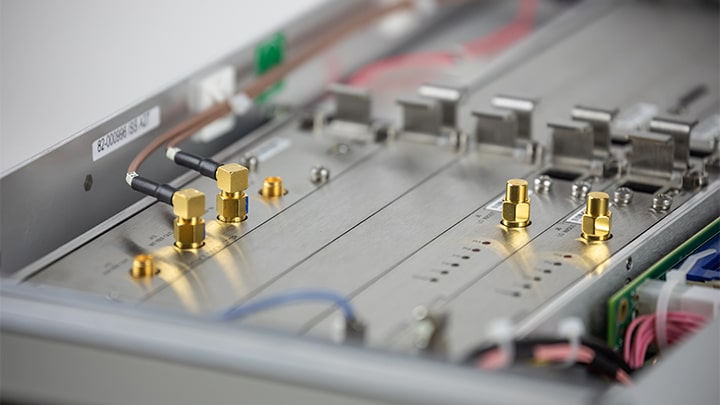 As reliance on GNSS grows, new safety and performance standards will likely emerge. A flexible testbed will create a solid foundation for future conformance testing.

As new GNSS receiver standards emerge, developers face new test challenges Despite the widespread use of GNSS systems in all industries, it is a technology area where some applications remain loosely regulated.

Today, GNSS receiver manufacturers and integrators are only affected by a handful of standards – and often only when designing solutions for very specific use cases such as aviation or maritime use. But this could soon change.

As society continues to rely more on GNSS, as new threats to GNSS signals arise and as new use cases are created for positioning, navigation and timing solutions, new standards are sure to follow. Those who create and integrate GNSS components may need to test in new ways to ensure they can meet these emerging standards.

As society relies more on GNSS, more safety standards will emerge.
Many commercial and consumer industry sectors now depend on GNSS. From timing receivers in financial networks and energy grids, to positioning and navigation use cases in aviation and maritime, GNSS is frequently relied upon to assist human operators and even to guide autonomous operations.

But despite that growing reliance, there aren’t many standards in force for GNSS receivers today. The few standards that do exist hint at what may come in future. There are performance standards for critical infrastructure, such as 3GPP for cellular telecommunications, and ITU G.8272 for precise time synchronization in 4G, LTE and 5G networks. In aviation, there are a raft of safety-of-life standards; for example, RTCA DO standards around GNSS-assisted approach and landing.

With new use cases like autonomous vehicles now emerging, we will almost certainly see extensive new GNSS performance standards to reduce risk to passengers and road users, and test the performance of systems with both GNSS and multi-sensor inputs.

Emerging constellations may create new standards
As the GNSS satellite environment itself evolves, new standards may also emerge to ensure receivers can effectively capitalize on the increased redundancy offered by the wider range of signals in space.

While GPS remains the most widely used GNSS constellation, GLONASS and the upcoming Galileo and BeiDou constellations provide additional sources of position, navigation and timing data. GPS is still being updated as well, with new signals like the L5 band set to add enhanced functionality.

New multi-constellation, multi-frequency receivers will allow devices to take advantage of the increased accuracy and continuity these new signals bring. But integrating different signals and frequencies in one receiver can be a challenge, and we’re likely to see standards emerge to ensure interoperability issues don’t arise.

New threats create new complexities
The growing number of threats to GNSS is another potential driver. Users who rely on continuous, accurate and reliable GNSS signal reception will want to be sure receivers are resistant to interference and capable of recovering quickly and effectively if they are compromised.

It’s highly likely that receiver developers will be required to prove resilience and robustness in the face of threats like signal jamming and spoofing, multipath and obscuration, and noise from the co-existence of other signals in adjacent frequency bands.

The European Radio Equipment Directive, which sets performance criteria around mitigating adjacent band interference, is a good indicator of the way things may evolve on this front. With new threats to GNSS emerging all the time, similar standards are sure to follow.

Spirent supports receiver conformance testing today – and tomorrow
Between new use cases, new constellations and new threats, it’s difficult to predict how receiver design and integration standards will evolve. The only certainty is that they will, and that developers and integrators will have to conduct new tests to ensure and demonstrate conformance.

Spirent is committed to helping receiver developers conduct the conformance tests required today and be ready for the new testing that future standards will bring.

All of our GPS and multi-GNSS simulators are designed to generate signals in strict compliance with GPS, GLONASS, BeiDou, QZSS and Galileo constellation Interface Control Documents (ICDs). Our signal and environment modelling draws on many years of expertise, and we have the expertise and resources to quickly implement new ICDs as additional constellations and signals come online.

Beyond our simulators, we also offer pre-built test cases covering a range of current standards – including eCall, the GNSS Radio Equipment Directive, ITU G.8272 and a range of 3GPP and DO standards that include GNSS testing components. With pre-built tests, you can simplify standards compliance and test faster without having to invest resources in developing your own test cases.

For organizations that may not want or need to build their own test suites, we also offer professional services that include both custom test cases and simulation. Using the same expertise that build our simulators, Spirent professional services can help you quickly meet both current and new standards around GNSS precision, accuracy, resilience, robustness and sensor fusion.

If you’d like to know more about current and future standards conformance testing with Spirent, or if you have any other questions, please do get in touch.