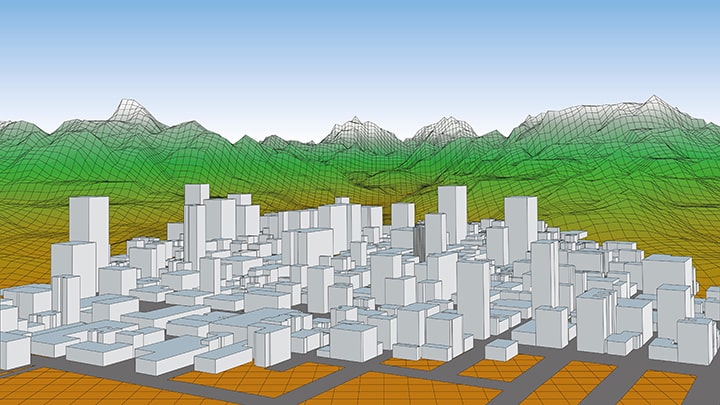 RF record & playback systems promise to bring the real world into the GNSS test lab – but how is that realism achieved? We review some of the enabling technologies.

A record & playback system (RPS) is a key element of the professional GNSS tester’s toolbox. These portable devices allow engineers to make digital recordings of the real-world RF environment and replay them to test the performance of GNSS receivers in real conditions. Unlike the real world, this replay facility allows conditions to be repeated for iterative testing.

But the real-world RF environment is vast, dynamic, and noisy, and impossible to record in its full richness. The level of realism delivered by an RPS can, therefore, only approximate that of the environment the receiver will encounter in its everyday use. However, some RPS units deliver more realism than others – and much of that depends on the technologies used in the unit.

This blog builds on topics covered in our eBook How to Create a Realistic GNSS Test Environment in the Lab, exploring five technological factors that affect realism in RF record & playback. If you’re currently evaluating RPS units, or if you’re curious about seemingly-anomalous results in tests carried out with an RPS, these are key factors to keep in mind.

The resolution at which the record & playback device digitizes the recording of the environment is critical. GNSS signals are extremely weak compared to surrounding noise, so a unit that only records at 1 or 2 bits, for example, risks losing the signal entirely in a noisy environment. A recording with a higher number of bits will allow more accurate reproduction of the input signal.

The bit depth of the recording must therefore be higher than the bit depth of the receiver, otherwise it will not provide a realistic representation of the environment from the receiver’s point of view, and the receiver’s ability to distinguish signal from noise will not be tested.
RPS units with a higher bit depth – like our Spirent GSS6450 – employ more sophisticated analogue to digital (ADC) and digital to analogue (DAC) signal converters, with advanced RF design and the ability to process signals to a higher degree of resolution.

That means they’re better able to record and replay different signals at different strengths (see below), allowing engineers to better evaluate a receiver’s ability to acquire and re-acquire a GNSS signal. On the other hand, it also means the unit produces much bigger digital files, which may limit recording times or create a need for additional external storage.

One caveat is that RPS units use filtering to remove out of band RF noise in the environment that might otherwise drown out the GNSS signals. That’s fine for testing the receiver’s handling of real GNSS signals – but filtering out the noise does reduce the overall realism of the recorded environment, which may produce misleading results if it’s not taken into account.

More sophisticated RPS units offer a wider dynamic range by enabling different elements of the environment to be recorded separately via multiple RF inputs. For example, the Spirent GSS6450 has one input for GNSS signals, one for cellular and one for wideband. These signals can then be recombined to produce a more faithful replay of the real-world environment, which is especially valuable for testing a receiver’s robustness and resilience to RF interference.

The oscillator is a critical component of the RPS unit, supplying the frequency at which the recorded signal is replayed to the device under test. The frequency must be precisely aligned with the RF signal generated by the unit’s digital-to-analogue converter. If not, it can produce phase noise that reduces the carrier-to-noise ratio (C/N0) of the emitted signal.

Phase noise is produced if the temperature of the oscillator exceeds the range for which the unit is calibrated (which should be noted in its spec sheet). Temperature-compensated oscillators (TCXO) are generally less stable and are more susceptible to temperature changes than oven-controlled oscillators (OCXO), so it’s worth checking which type your RPS unit has.
The choice of oscillator presents major trade-offs for manufacturers in terms of cost, size and power consumption, so if a unit appears to be cheaper with a longer battery life, it may be because it uses a TCXO rather than an OCXO.

That may be fine if signals are recorded and replayed in similar temperatures. But if a signal is recorded at, say, -4 degrees Celsius but replayed in a warm lab, there is a risk that the oscillator frequency may differ significantly from that of the recorded signal. The resulting phase noise may make it harder for the receiver under test to lock on to the signal. In effect, any noise introduced by the oscillator erodes realism, as the replayed signal is different from the real recorded signal.

The quality of the design and build of the record & playback unit is an important but often overlooked consideration when it comes to ensuring realism in the lab. A lower-quality unit can introduce jitter into the recording caused by noise from its own internal componentry – which is noise that was not present in the real-world environment as it was recorded.

A high-quality record & playback unit will come with assurance that components like the internal power supply will minimize jitter. However, as components degrade over time, older units should be regularly re-assessed to ensure that internal noise levels are not introducing anomalies at the record or playback stage.

5. Playback on a different unit

Record & playback systems store recorded environments as digital I/Q files which can be replayed on a different unit from the one on which they were recorded.

However, care should be taken here, as each RPS unit will have its own subtle variations in the record path and the playback path, arising from the different components used in its design and build. Additionally, any phase noise introduced by the oscillator in the second unit will affect the realism of the test and thus the integrity of the test results.

To avoid this, some RPS units, such as our Spirent GSS6450, are calibrated during manufacture and the calibration adjustments made to the playback circuitry. This can improve performance when a recording is replayed on different units.

Find out more in our new eBook

A new Spirent eBook dives deeper into the issue of realism in GNSS testing and looks at how test teams can create a realistic test environment using RF signal simulation and record & playback systems.

Read How to Create a Realistic GNSS Test Environment in the Lab.