The Tools Needed to Get Beyond Visual Line-of-Sight (BVLOS) 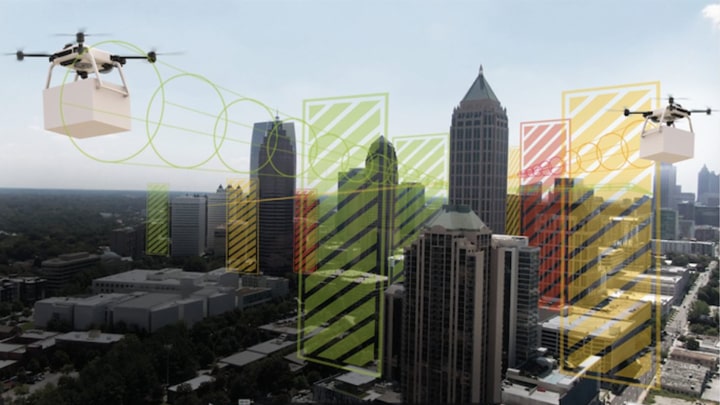 Situational awareness and risk assessment are key to UAV mission planning in both dense urban areas and, surprisingly, in open-sky areas such as over ocean coastlines. Successful results depend closely upon scheduling for the most advantageous hours, or even minutes, to overfly particular areas. Learn how to maximize performance and profitability from four experts in the field.

Reliable navigation for UAVs flying beyond visual line-of-sight (BVLOS) will have to meet stringent requirements from the Federal Aviation Administration (FAA) and other regulatory bodies. In a free webinar, learn how to leverage existing standards and sensor packages, and how to augment them with GNSS forecasting to open up the unmanned airspace for profitable operations.

Takeaways from this in-depth technical tutorial:

James Poss, Major General, USAF (ret), CEO of ISR Ideas
ISR Ideas is an intelligence, unmanned aerial systems and cyber warfare consulting firm. General Poss is the founder and former Executive Director of the Alliance for System Safety of UAS through Research Excellence (ASSURE), the FAA’s center of excellence for unmanned research. He is a 30-year US Air Force veteran with combat experience in four wars and was the Air Force’s senior career intelligence officer at his transition from active service in March 2013.

Ben Spain, Unmanned Aircraft Systems (UAS) Program Manager at North Carolina Department of Transportation
Ben is the UAS Program Manager for the North Carolina Department of Transportation. Prior to that he worked at PrecisionHawk, a geospatial data analytics firm, and had a 12-year career in the U.S. Air Force, ending as a flight-school chief evaluator pilot and assistant director of operations. He has a bachelor’s degree in computer science from Duke University and an MBA from Oklahoma State University.

Jeremy Bennington, VP of Position, Navigation, & Time (PNT) Assurance at Spirent Communications
Jeremy has 20 years of experience leading new technology and business innovations across several industries including telecommunications, video, and transportation industries. Jeremy currently leads the Spirent PNT Assurance business to improve the performance and reliability of GNSS for safe unmanned flights. Jeremy is not only active within engineering and business, he also has participated in ITU, CableLabs, SCTE, IEEE, TIA, ASTM, ANSI, and other standards development to ensure industries can increase their adoption of new technology. Jeremy holds a Master of Science in Management, a Bachelor’s of Science in Computer Engineering from Purdue University and is a patent author. He is also an active pilot.

Ted Driver, Head of Analytics and Operations at OneSky
Ted Driver is the Head of Analytics and Operations at OneSky, where he creates algorithms and software that bring analytics to the UAS operations domain. His current work focuses on developing risk prediction algorithms using analytics for safety-of-flight applications. Ted’s twenty-two year domain expertise began when he led the mission analysis team at the GPS Operations Center, connecting military end users of GPS to the teams flying the satellites, providing important feedback on operational tasks. Ted is a former secretary and president of the Rocky Mountain Section of the Institute of Navigation and he’s a member of Phi Beta Kappa, ASTM and the AIAA.